What is (br)exit for climate change? 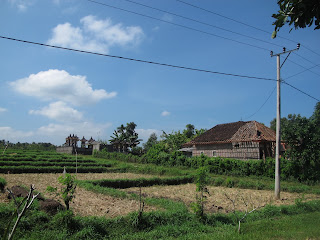 It has been more than a month after the popular vote of Brexit in the United Kingdom (UK) moved to detach the country from the European Union (EU). Brexit affects many aspects, including climate change. Theresa May, New UK Prime Minister decided to abolish the UK’s climate change department, funding for some combined heat and power schemes is cut with just three weeks' notice, causing outrage among the renewable energy industry and farmers. The decision is potentially a major downgrade for climate as a government priority. In long-term period, it will be a disaster for the climate, both physical and political, on both sides of the Atlantic.

The climate movement is expected to slow markedly. Most obvious are all of the direct impacts will have on environmental policies outright. Brexiteers don't care much for the caps on carbon and free markets, and they are eager to cut through the EU "red tape" of environmental regulations. Worst, many Brexiteers also happen to deny temperatures are rising at all, setting them apart even from Tory comrades. One recent study found that Brexit voters are nearly twice as likely as their "Remain" counterparts to deny the existence of man-made climate change -- with two out of three thinking the media are guilty of exaggerating scientific consensus on the matter. One of them even called wind energy as the biggest collective economic insanity.

Scientific consensus on climate change will probably be disobeyed in the UK. UK scientists are worrying this prediction. Anne Glover, one of the scientist says that the output of UK science, technology and research base actually has a profound impact on citizen, through sustainable energy, clean air, water and safe food - the list is endless. It should be shared with other countries, the EU helps to scale up the impact. Mike Galsworthy, another scientist in UK believes Brexit would not have allowed the scientists to exploit the hard work and insights gained over the past year. The UK’s presidency of the European Council, scheduled for the second half of 2017, would have been a real opportunity to promote science and innovation, building on the momentum generated by the recent Dutch presidency commitment to open science. Now the scientist have been hauled from the driving seat of the world’s science superpower and thrown onto the side of the road. They have no choice but to invoke fighting to insulate what they can, and setting up systems to monitor the fallout.

Brexit goes into effect, formation takes hold of the UK government will enjoy free reign to scale back the environmental regulations they were roped into by the European Union. That's a major reason why groups like Greenpeace and Friends of the Earth were pro-Remain. Farming Minister of UK has buzzed about that possibility of gutting regulations, as free marketers stand ready to do away with them entirely in favour of a market-friendly carbon tax. With a climate crisis that demands massive public investment -- in everything from renewable energy to social services to infrastructure upgrades -- that kind of austerity, in the accelerated or standard issue variety, will only kick climate projects dangerously farther down the road.

Brexit is by no means game over for the climate. It does, however, make the challenge for progressives in a warming world eerily clear. A low-carbon future can also be a more inclusive and democratic one. Like most other changes for the better through history, progress on the environment thus far has been the result of sustained pushes from below, whether the wave of global marches and blockades that made the Paris Agreement -- however modest -- possible. Now, more than ever, the fight for a better environment is a fight against an ascendant far right.

Meanwhile, together with Germany, The UK drove much of the European Union’s world-leading environmental policies. Only last month, the Energy and Climate Change Secretary announced the UK would reduce greenhouse gas emissions by 57 per cent by 2030. The announcement sounded better than it actually was ahead of the Paris climate summit. It was hailing the “clear signal” that the UK would “show bold leadership on carbon reduction”. The new Home Secretary was “a driving force” behind international deal agreed at Paris last December.

Stripped of a leader on climate issues, the world’s efforts to prevent global warming – already half-hearted at best – may falter. The talk at Paris was limiting global warming to well below 2 degrees Celsius, but the actual pledges could see temperatures rise by more than 3 degrees – perilously close to a scenario so extreme and unpredictable. Britain may be left behind as the world moves to a different kind of economy, one turbocharged by the virtually free power that mass renewable energy is already starting to deliver. In Germany, customers have even been paid to consume electricity.

UK has made itself as a world leader in climate policy. Since 2008, UK has ambitiously committed to reduce its green house gasses up to 80% by 2020. Scrapping the department removes the words "climate change" from the title of any department is out of sight, out of mind, in the basement. Now Brexit will affect UK INDC (Intended National Determined Contribution) dealing with Paris Agreement. It also will influence UK cooperation with several prominent countries, like  Indonesia.
In cooperation wise, Britain will decline climate movements with Indonesia. Indonesia is in transition to build more climate action partnership with UK. However, the Brexit can make the UK abandon and cut off the partnership. UKCCU (the UK Climate Change Unit) is one of major funders for climate actions in Indonesia. New UK government decision to reduce its role will have impact towards Indonesian forestry as priority sector in Indonesia’s INDC. It will eliminate climate budget for REDD programmes (Reducing Emission from Deforestation and Forest Degradation). Furthermore, there will be no significantly driving factor on making INDC in real, especially preserving the mega biodiversity and indigenous communities (as the most vulnerable group) surround Indonesia.

Brexit is such a trigger to emerge another term of exit, clexit (climate exit) in particular. Apparently, the diminishing UK role on climate regime has been shown through their central governance. There is no other way to fix it up urgently except reformulate and recalibrate the climate sector integrated with other environmental ones. Internally, there should be common perspective that climate would still be a paramount importance linking the UK environmental sustainability. Multi level governance and multi stakeholders remain to be built into UK climate change partnership in principle. Charlotte Burns, the expert on EU environmental policy stated that EU has significant impact towards UK environmental policy change. While externally, UK will make a bigger effort to reconstruct climate change bilateral agreements, specifically on the context of low carbon development, the novel mechanism of INDC target, and climate negotiation formula.