In the northern hemisphere, there are some people quite open in ‘learning’ and ‘sharing’ culture. They are indigenous people in North America. One of their group named Mikmaq, they live in maritime Canada.
Mikmaq believes to existence of Glooscape in the past, the first human was created out of a bolt of lightening in the sand and remains a figure that appears in many of the Mi’kmaq legends. These legends are stories that are passed down from generation to generation and tell of the Mi’kmaq culture.
Read more »
Diposkan oleh Ibnu Budiman di 11:11:00 AM No comments: 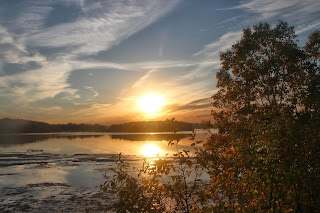 See the trees, it are affable
with the sun, it makes us fly to ataraxia
the birds are feral

look the ocean, they are zany by wind
sometimes, the mountains are scalawag
the snow is chimerical
walk indubitably, plump bananas are found precisely
the world is quiddity of propinquity

“The world is a book, those who dont travel read only one page”- St. Augustine

There are many pages in that book. There is no exact answer about how many is it. It depends on the reader. How strong they can keep continue to read it.

There are many pages in that book, one of the theme tells about ‘education’. There are many countries around the world, some of them have good education system. In order to get well understanding about that theme, so we need to do travelling from page to page ; travelling about education.
Read more »
Diposkan oleh Ibnu Budiman di 4:59:00 AM No comments: 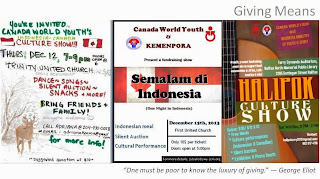 Indonesia, this word probably sounds strange from some canadian. One of this biggest country in Asia, doesnt have many residents in Canada. They are less than other southeast asian countries – thailand, vietnam, and philippine. Especially in maritime, it is hard to find indonesian.

However, actually the partnership in democracy and economy development between this two countries – has gone well.

Indonesia and Canada signed the Canada-Indonesia Parliamentary Friendship Group (CIPFG) on April 27, 2009. The Group is pursuing an objective to increase bilateral cooperation, mainly on the Parliamentarian side, as well as encouraging executives in each country to increase bilateral economic and trade relations.
Read more »
Diposkan oleh Ibnu Budiman di 9:39:00 AM No comments:

“Those who educate children well are more to be honored than they who produce them; for these only gave them life, those the art of living well.” ― Aristotle

Couple days ago, Indonesia celebrated the teachers day. Althouogh the date is different with world teachers day – October, 5th - which is celebrated by some countries across the world, Indonesia has the special reason. November, 25th as teachers day in Indonesia, was caused by the day was the born day of Persatuan Guru Seluruh Indonesia-PGRI (Teacher Association across Indonesia).

PGRI was founded because teachers across Indonesia needed a tool to collaborate their efforts to spread education throughout Indonesia. At the time, Indonesia higly required rife teachers, as educator.

Nowadays, PGRI seems like rags. Not many people care about their existence, even their members also dont really know what aims of the organization. It makes the challenge for education in Indonesia ; getting worst.
Read more »
Diposkan oleh Ibnu Budiman di 6:31:00 AM No comments: