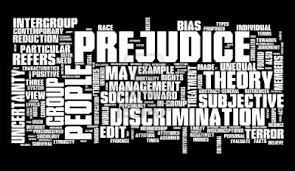 Racism is the belief that a particular race is superior or inferior to another, that a person’s social and moral traits are predetermined by his or her inborn biological characteristics. Racial separatism is the belief, most of the time based on racism, that different races should remain segregated and apart from one another.

Racism has existed throughout human history. It may be defined as the hatred of one person by another -- or the belief that another person is less than human -- because of skin color, language, customs, place of birth or any factor that supposedly reveals the basic nature of that person. It has influenced wars, slavery, the formation of nations, and legal codes.
During the past 500-1000 years, racism on the part of Western powers toward non-Westerners has had a far more significant impact on history than any other form of racism (such as racism among Western groups or among Easterners, such as Asians, Africans, and others). The most notorious example of racism by the West has been slavery, particularly the enslavement of Africans in the New World (slavery itself dates back thousands of years). This enslavement was accomplished because of the racist belief that Black Africans were less fully human than white Europeans and their descendants.
This belief was not "automatic": that is, Africans were not originally considered inferior. When Portuguese sailors first explored Africa in the 15th and 16th centuries, they came upon empires and cities as advanced as their own, and they considered Africans to be serious rivals. Over time, though, as African civilizations failed to match the technological advances of Europe, and the major European powers began to plunder the continent and forcibly remove its inhabitants to work as slave laborers in new colonies across the Atlantic, Africans came to be seen as a deficient "species," as "savages." To an important extent, this view was necessary to justify the slave trade at a time when Western culture had begun to promote individual rights and human equality. The willingness of some Africans to sell other Africans to European slave traders also led to claims of savagery, based on the false belief that the "dark people" were all kinsmen, all part of one society - as opposed to many different, sometimes warring nations.
One important feature of racism, especially toward Blacks and immigrant groups, is clear in attitudes regarding slaves and slavery. Jews are usually seen by anti-Semites as subhuman but also superhuman: devilishly cunning, skilled, and powerful. Blacks and others are seen by racists as merely subhuman, more like beasts than men. If the focus of anti-Semitism is evil, the focus of racism is inferiority -- directed toward those who have sometimes been considered to lack even the ability to be evil (though in the 20th century, especially, victims of racism are often considered morally degraded).
In the second half of the 19th century, Darwinism, the decline of Christian belief, and growing immigration were all perceived by many white Westerners as a threat to their cultural control. European and, to a lesser degree, American scientists and philosophers devised a false racial "science" to "prove" the supremacy of non-Jewish whites. While the Nazi annihilation of Jews discredited most of these supposedly scientific efforts to elevate one race over another, small numbers of scientists and social scientists have continued throughout the 20th century to argue the inborn shortcomings of certain races, especially Blacks. At the same time, some public figures in the American Black community have championed the supremacy of their own race and the inferiority of whites - using nearly the identical language of white racists.
All of these arguments are based on a false understanding of race; in fact, contemporary scientists are not agreed on whether race is a valid way to classify people. What may seem to be significant "racial" differences to some people - skin color, hair, facial shape - are not of much scientific significance. In fact, genetic differences within a so-called race may be greater than those between races. One philosopher writes: "There are few genetic characteristics to be found in the population of England that are not found in similar proportions in Zaire or in China….those differences that most deeply affect us in our dealings with each other are not to any significant degree biologically determined."