I love my superhero 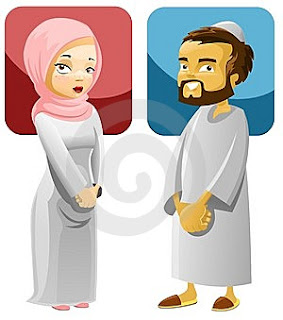 Ibnu Budiman, it’s my name which is given by my beloved parents. I come from a great family in Indonesia. I have amazing parents, four brothers and one sisters which is also amazing. Both of my parents is civil servants. My father is police and now he was retired. Meanwhile my mother is teacher. They both come from poor family and start their marriage with limited economic capabilities. Their salary is not enough for their family needs. Therefore they have to search any loan from another source for fund their family needs. They never give up to struggle for future of their children. In their opinion, the most important thing for their children is education. My father once said ‘you have to reach higher education than us’.

When I was child my parents is very diligent to teach me anything ; reading, writing, etc. Therefore I could read before entering school. My parents also was very selective in choose school for their children, include for me. My school is located quite far from my house because there’s no best school near of my house. In 1995 my father was pension from his work and in 1998 my country was stricken economic crisis. Condition of our financial deteriorated because our needs increased, so that my father must work again. He became security guard during five years, but then he stopped because bad condition inside and after that he tried to be enterpreneur.

He hired a fish farms. My third brother and I became his assistant. I spent half of my elementary school time in that fish farms. In place, we must take a bath in river. Every morning in school day I never take a bath because I could’nt take a bath with cool water and I also feared because the river still dark in dawn. I also rarely watched TV because in that fish farms we got electricity only in night. Entertainment for me was nature ; fishpond, river, dog, and papaya trees. It so different with my friends in school who had TV, nintendo, play station, bike, etc. But it all never make me give up to keep spirit. I got many achievement in school and I succeed to enter the most favorite junior high school in my province.

Our fish farms ended when I was in last year in elementary school because we was aggrieved by landowner. After that, my father chose to be cadger in traditional market and like before ; I also became his assistant. It continued until I entered junior high school. Majority of student in my new school derived from rich family. I felt ashamed with my condition. Before and after school I must help my father became cadger. I was so afraid if my friends knew about this, moreover my school is located near of that traditional market. This fact make my performance was’nt stable in school and finally I was failed to get best score. I just could continue to private school in my town, it so different with my school before.

I regretted my mistake. I should’nt ashamed to help my father became cadger. I should be proud to him. He was so amazing, although he has been old but he never give up to struggle for his family. Forgive me dad. I redeemed all of my mistake with improve my performance in senior high school. I succeed to become overall winner in my school in fifth semester. I succeed to lead our class to become overall winner in school art show. Afterwards, my last achievement in senior high school made our family became so proud. I was received in University of Indonesia (UI) ; the best university in my country.

I became more and more developing when I was in university. So many motivation and inspiration which made me to be more and more diligent. I was active in many organization. I became a Chairperson in Minangkabau Student Association of UI, Founder of Nusantara Association, Head of Information and Communication In Natural Sains and Mathematic Student Organization Association of Indonesia, Head of Public Relations in Student Study Group of UI, and Deputy of Public Relation in Student Excecutive Organization of Faculty Natural Sains and Mathematic UI. I succeed to become one of delegation UI in student exchange program in University of Malaya ; Malaysia.

This essay was sent in International Essay Contest which Organized by The Goi Peace Foundation and UNESCO
Diposkan oleh Ibnu Budiman di 11:37:00 AM